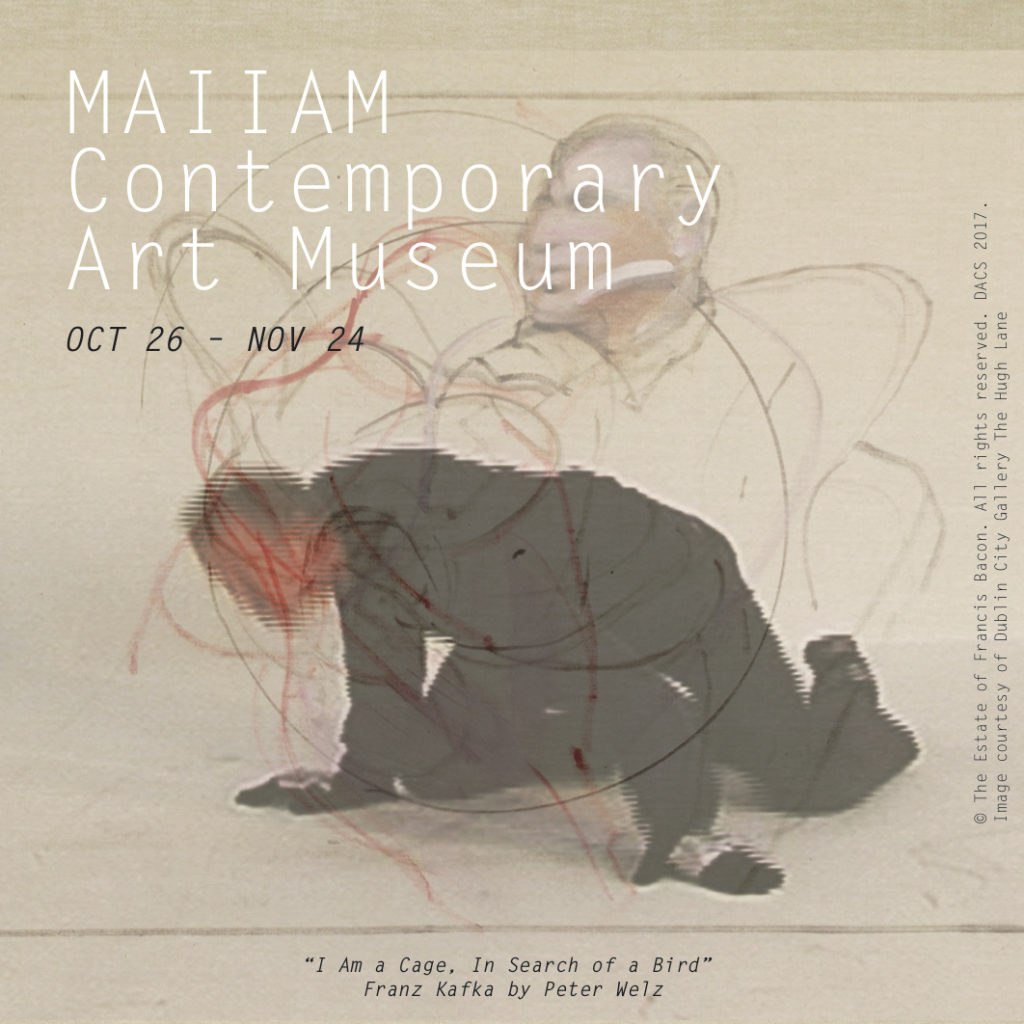 “A race began in the woods. The whole place was full of animals. I tried to establish order.”
Franz Kafka, Dearest Father

Unfolding Kafka Festival has served as a platform for a worldwide appeal in outstanding contemporary art since 2015. Our 3rd edition digs into the wild side of Kafka’s animal and crossbreed characters to release them from the ordered world. The grotesque universe of Kafka blurs the line between human and non-human by allowing us to reflect on the otherness through humanized creatures. Similarly, artists have been inspired by the animal aesthetic and movements to mirror our own existential dilemmas. Furthermore, since the environment affects our perception, the festival encourages you to appreciate various intensive, moving and learning art experiences in encounter with unusual atmosphere, through unexpected tangible or conceptual layers to question the relationship between the subject’s gaze and the object in the same way humans look at animals in a zoo differs from observing them in the wild. Thus, Jitti’s latest project “KAFKA ZOO” proposes you a unique landscape of conceptual works with a strong visual and an untamed wilderness to create a dialogue about societal issues like identity and gender through animalism and daring points of view. 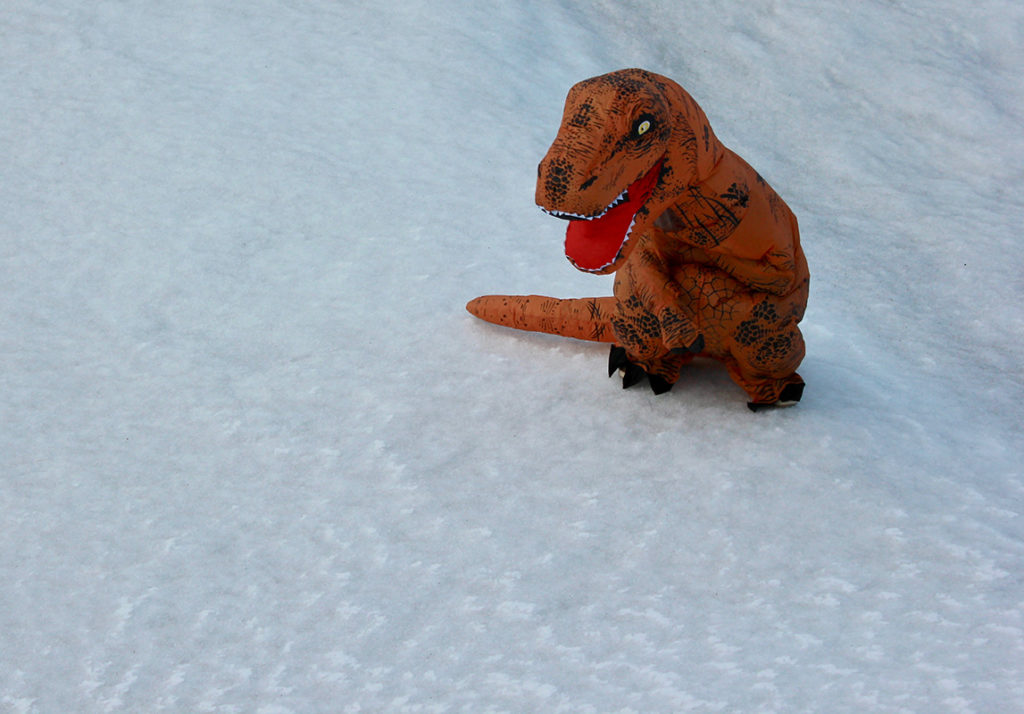 Francis Bacon’s final painting ‚unfinished portrait’ (1991–92) is the foundation and core of the exhibition concept ‘I am a cage, in search of a bird’ for the ‘Unfolding Kafka Festival’ at the Maiiam Contemporary Art Museum. It establishes a visual and theoretical link to Franz Kafka’s notion of the animal, the estranged and distorted figure, as well as to the notion of the cage.

The sketched and drawn figure, as well as the stage-like setting (such as a plateau or a cage) are closely linked to dance (Rudolf von Laban) and the stage. Francis Bacon’s paintings appear almost like a still or template for a performance on a stage. These connotations yet again affirm the scenarios of the writing of Franz Kafka.

The philosopher Gilles Deleuze undermines this aspect and the painter’s affirmation to Kafka in his writing ‘Francis Bacon – The logic of sensation’: ‘….it is not the animal as a form, but rather the animal as a trait.’

It seems that Franz Kafka also had an impact on Francis Bacon when he executed ‘Portrait of Lucien Freud’ deriving from a photograph of Kafka. Welz presents a synchronised three channel installation, premiering two takes shown in sequence (take 02 Musée Louvre | take 03 Centre Pompidou). It provides an interesting link and observation between contemporary dance as well as the moving figure in space in conjunction with the works of Francis Bacon.

Peter Welz has previously worked in collaboration with the world-renowned choreographer William Forsythe. Forsythe translated the ‘final unfinished portrait’ by Francis Bacon into movement. The triple projection screened next to each other allows the viewer to compare and examine the Forsythe’s movement.

has been shown at the Musée du Louvre and other major museums, such as the Centre Georges Pompidou, The National Art Gallery in Rome and the Museum Of Modern Art in Tokyo accompanying  a retrospective of Francis Bacon. 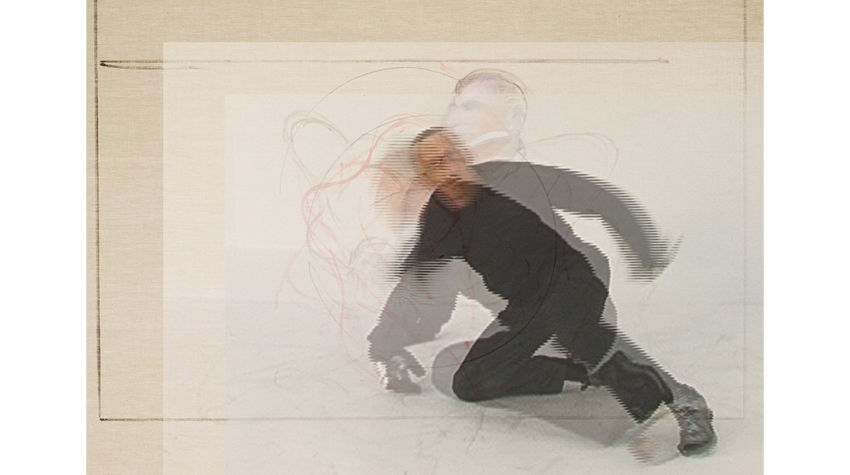 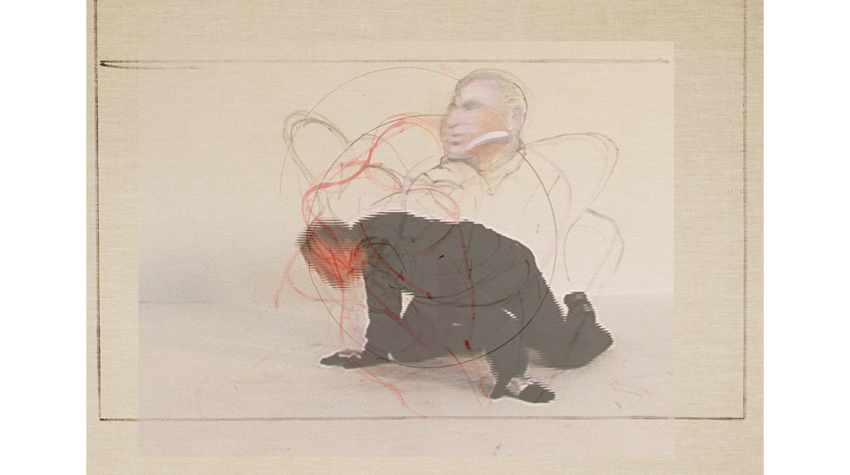 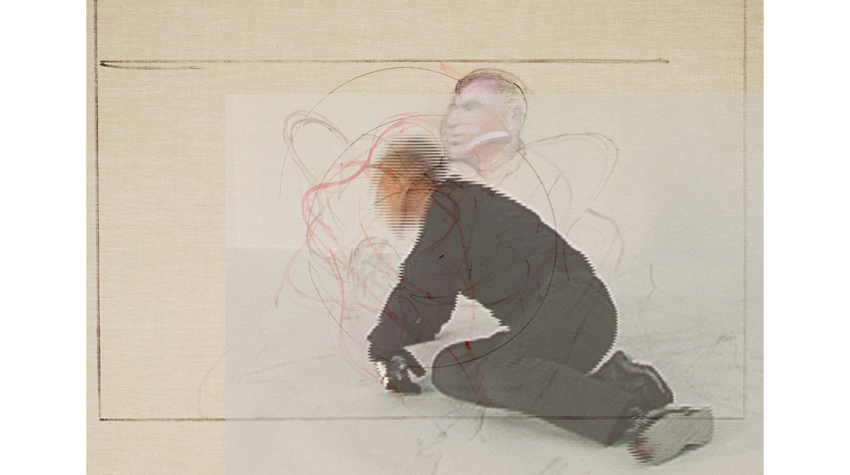 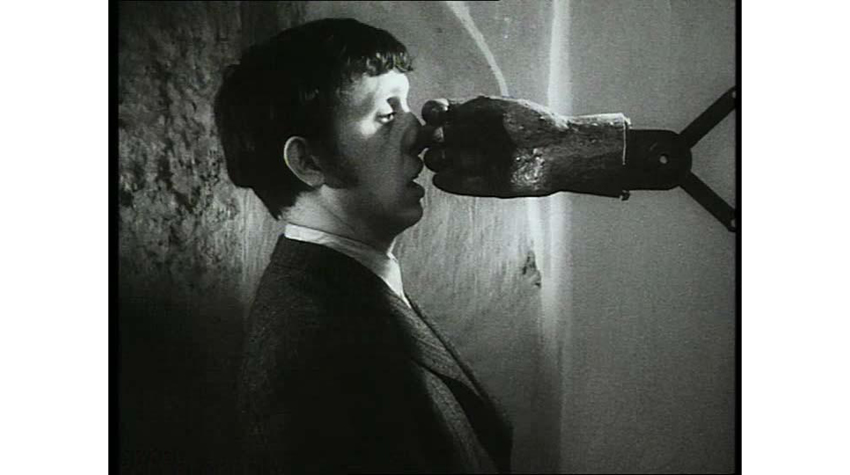 A man too curious for his own good gets trapped in an apartment where nothing works according to the laws on nature. His attempt to eat is less than successful because the spoon changes into a strainer, an egg weighs literally a ton and the tabletop is selectively permeable. The bed is no different. A subtle revolt of everyday things. 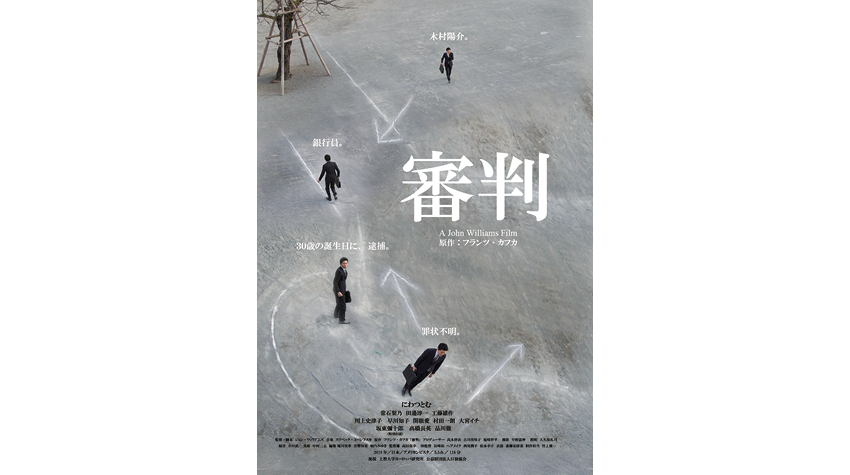 Franz Kafka’s classic novel is reset in contemporary Tokyo. Welsh/Japanese director John Williams transposes Kafka’s tale of paranoia, guilt and existential anxiety to modern day Japan. The project grew out of an actor’s workshop, which was performed as a play in 2015, then shot as a film with a completely different script in 2017, and completed in early 2018.

A darkly comic mystery meets the absurdist satire of Japanese bureaucracy. Kafka’s novel is perhaps more valid today than it ever was. In the so-called “post-truth” age the story of a man who wakes to find himself under arrest for an unspecified crime has a new resonance. The film preserves Kafka’s more universal existential themes, whilst also satirizing Japanese bureaucracy and political drift to the right.

The film stars in Tsutomu Niwa, who has worked with Williams before on two films and a raft of outstanding new talent, as well as well known faces, such as Toru Shinagawa and Choei Takahashi. Kabuki actor Yajuro Bando makes a guest appearance in his first film role for 11 years. 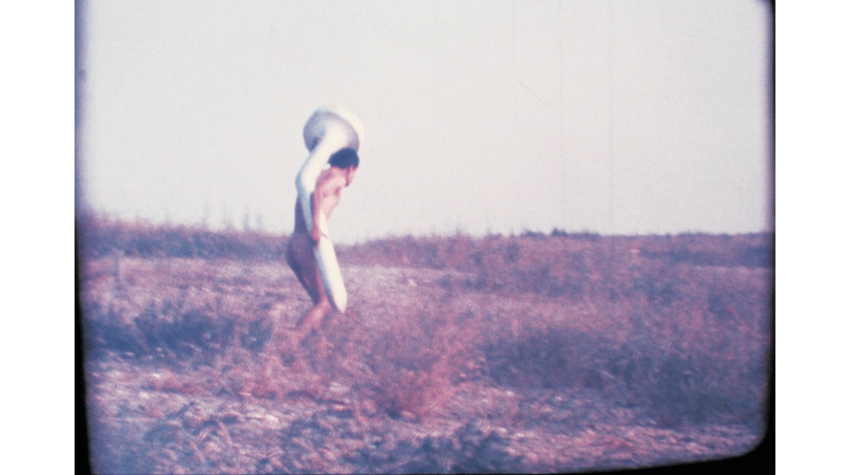 The Trial (1975) begins with a man hammering nails into a city street before normal social order collapses and the ‘disturbance’ spreads to an act of violent audience participation.  Terayama made this work for projection on a specially constructed screen and provides white leader at the end as an invitation for audience members to abandon their position as spectators and take possession of their own energies, hammering nails into the surface of the image.

Questions were an important part of the work of Shūji Terayama whose striking creative work exists in a liminal space between fact and imagination. Terayama’s career recalls a fairy tale of Japanese folklore in which a face shifts to become a different face. An acclaimed filmmaker, poet, radio and stage dramatist, essayist, photographer and horse racing tipster (with no less than eight volumes of commentary to his name), Terayama was, in the words of theatre critic Akihiko Senda, ‘the eternal avant-garde’. Terayama always made work that was interrelated, often producing visionary and unexpected outcomes in whatever his chosen form. 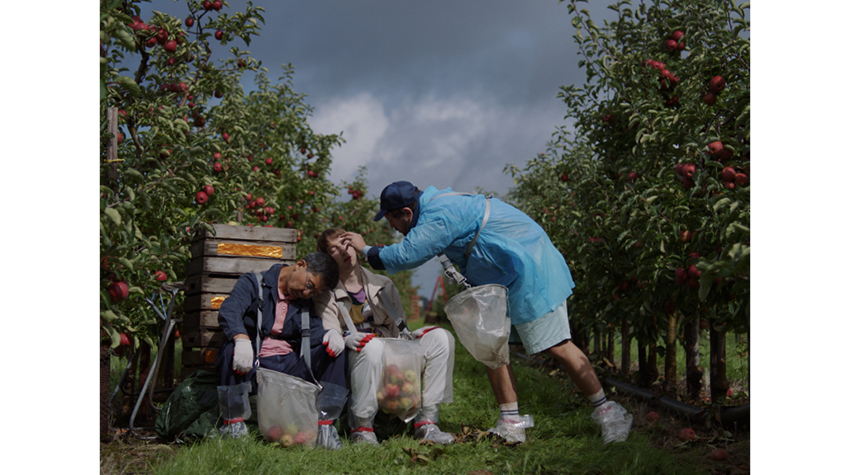 A bourgeois dog and former filmmaker confesses how he became four-legged by failing in love, apple-picking and revolution. A political comedy with magic twists.

Proclaiming adherence to an ideology is easy. Putting those thoughts and words into action is another matter. A filmmaker faces the comedic reality of both in ‘Self-Criticism of a Bourgeois Dog’, off-screen as well as on. Employing the absurdist sense of humour that gives the feature its title, German writer/director/editor Julian Radlmaier plays a character by the same name, who claims to be making a movie about a Marxist utopia in order to impress a woman.

Blanc is a solo of Vania Vaneau accompanied by the guitar player Simon Dijoud. The piece is based on research on trance and transformation, through shamanism, rituals, and representation, or how an individual is made of multiple faces in the same way white color is composed of all the other colors. This performance reveals a body that is material, physical and limited which is used by and uses its environment, while at the same time being a utopian, multiple and endless body. It plays with the different layers of a continuum that goes from reality to imaginary and from rational to irrational.

The piece starts from the wish to make an archeology of the body, unfolding its material and subjective layers and making a parallel between ritual and theater. In these times we’re living in, where rationality and the individual desire for material possessions in a competitive atmosphere dominate, it questions the space of contact with invisible forces, looking at spiritual work as a resistance against the material and perishing condition of the body. A place of vertigo that, as theater, plays out with simulacrum and representation. 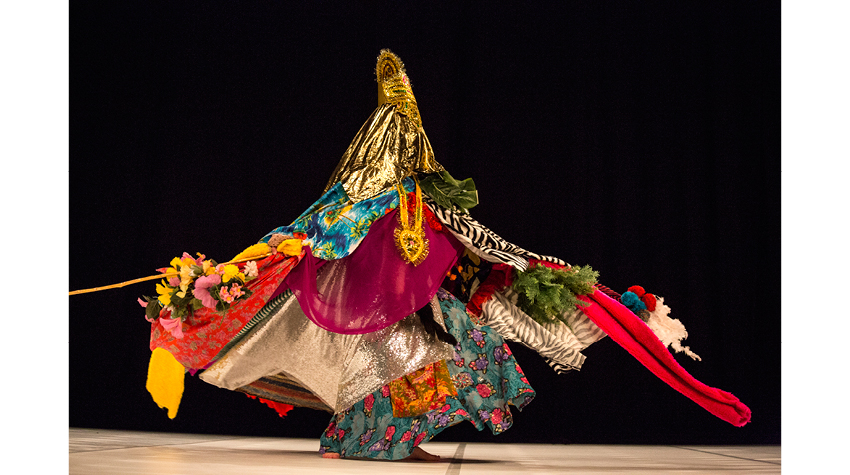 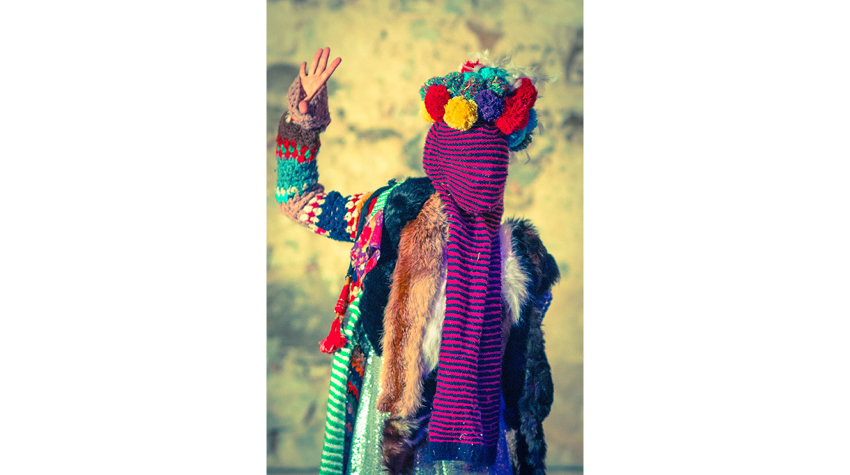 Jitti Chompee, director of the ‘Unfolding Kafka Festival’, encountered this invigorating piece at the Tanzplattform Germany 2018 in Essen. The pulsating wild energy shared by the performers allows the audience to experience a shared immersive environment. The evolving kinetic energy generates the raw sensation of exhaustion which allows the collective in the space to connect at a primal level.

There is a club-like atmosphere: a feverish, live-produced and pulsating beat surrounded by an austere, dark setting. A slight twist of the torso here, a sudden nod there, then slowly accelerating to a swaying, a twitch or a gyration of the entire body. None of these external proceedings reveal anything about the inner feelings. Only the rhythm and speed unite the movements in a structural dimension. The pure physical, sweat-inducing choreography and the fusion of light and sound are generating a hypnotic energy. 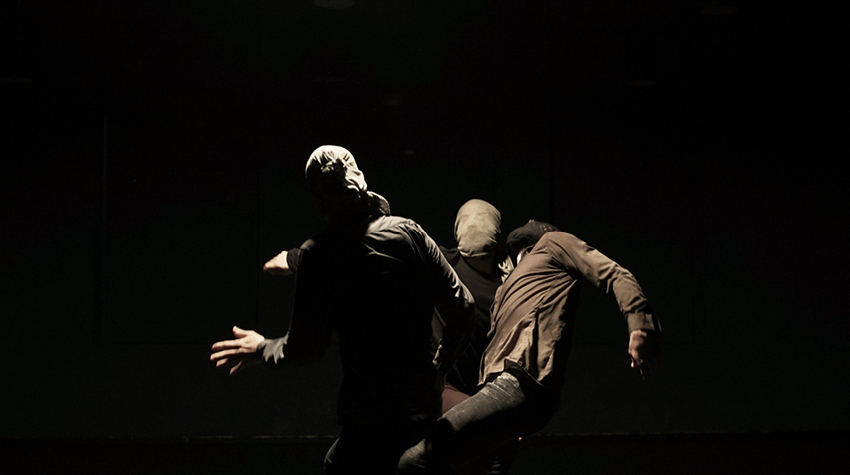 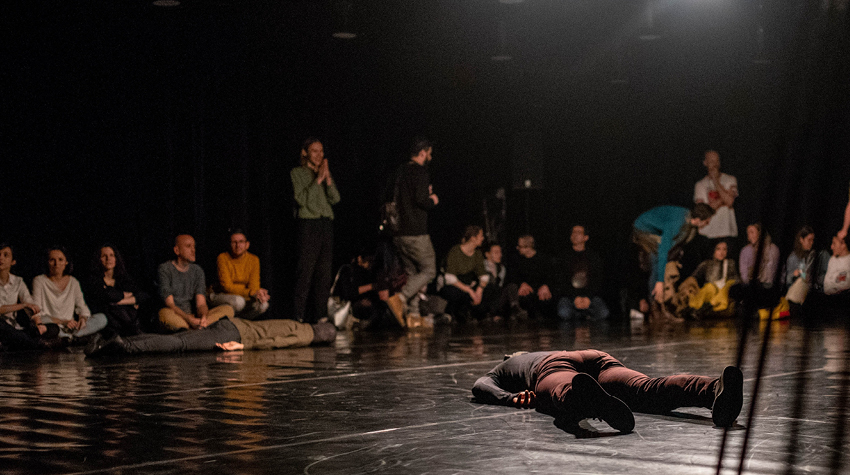 Supported by the NATIONALES PERFORMANCE NETZ International Guest Performance Fund for Dance, which is funded by the Federal Government Commissioner for Culture and the Media. iDAS NRW international dance artist service

The Unfolding Kafka Festival encourages audiences of all ages to experience a new mode of French circus which combines sculptural art with circus juggling. The human body is fused with the tactile qualities of clay, the Earth’s organic material. The raw malleable substance moves with the body to present an eccentric amalgamation of performance and visual art. The several art forms join in a hybrid composition, a work on matter, a play with limits. L’Homme de boue is a solo performance that deals with the figure of the monster, to be understood as an individual who does not respond to norms: in a way, the true definition of a circus artist. 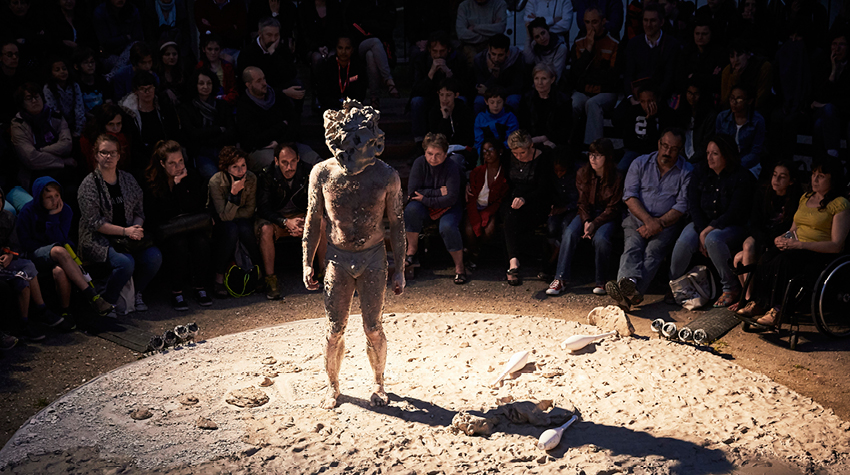 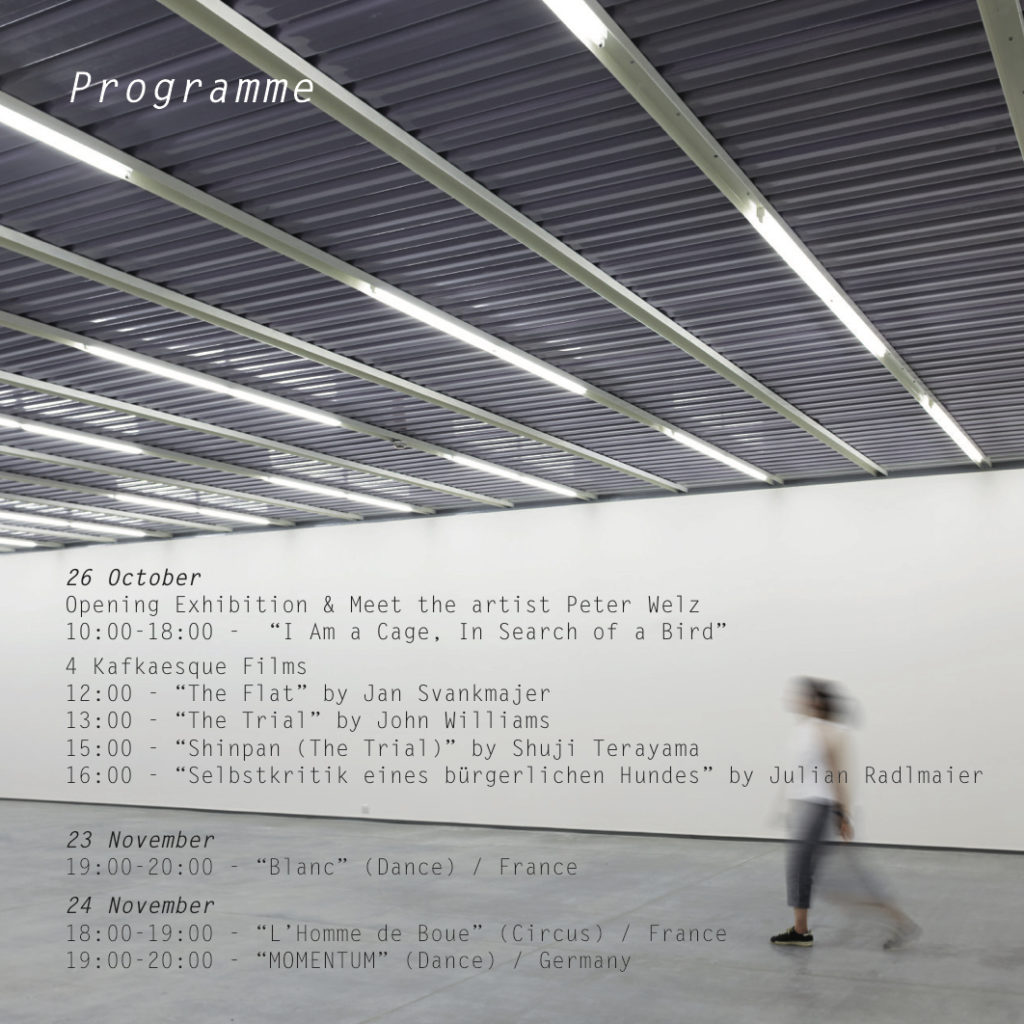 Tickets: It is highly recommended to get your tickets in advance.

Watch and Chill at MAIIAM

MAIIAM Contemporary Art Museum welcomes you to come and see the film-screening exhibition Watch and Chill: Streaming Art to Your Homes.

DIASPORA: Exit, Exile, Exodus of Southeast Asia’s extended program and activities
Back to top
The Breathing of Maps